We finally have the results of the film selections for Cinedeaf IV!

Congratulations to all of you! 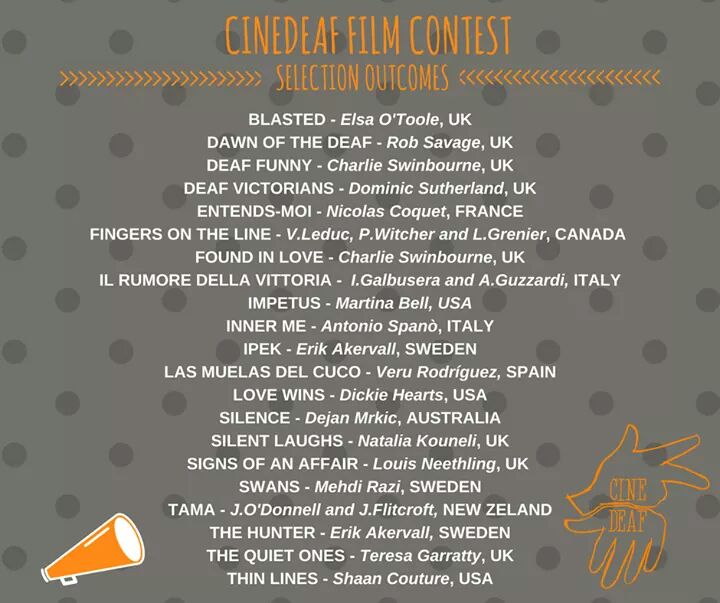 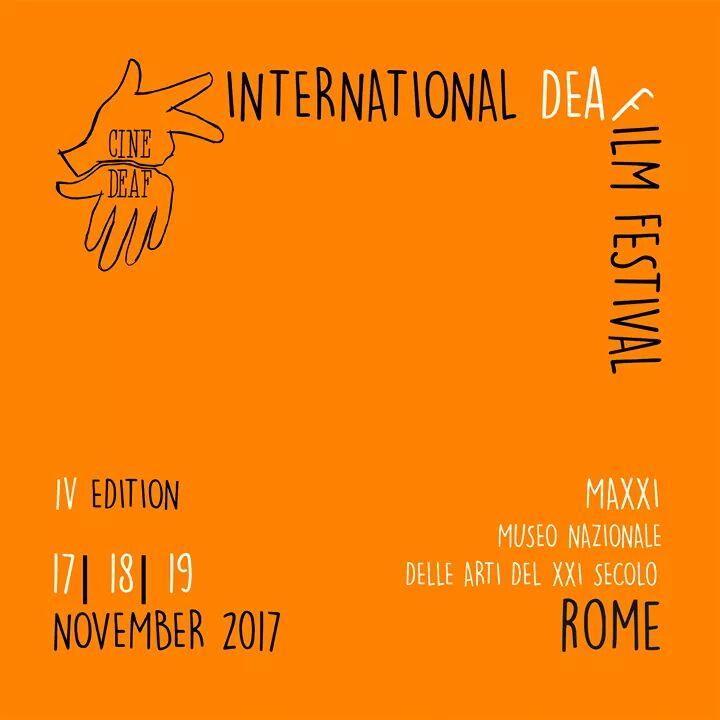 CRI – Comunità Radiotelevisiva Italofona, Media Partner of the Festival and promoter of the Support Committee ‘Friends of Cinedeaf’ also awarded a special price.

On the stage at the awards ceremony our testimonial: Chef Rubio

Arthur Luhn (The house across the street)

The awards goes to Eric Brach for his ability to deal, simultaneously, with different and complex issues as deafness, homosexuality and emigration, and for the difficult work done in adapting the narrative rhythm to a such complicated story. He also win for the excellent technical quality and the magnificent photography, and the ability to earn the respect and the confidence required to be host within a household for a long time.

Listen even if your heart is crying – Melissa Mostyn

THE WINNER IS – EX-AEQUO

The award goes to Habana Muda for having realized a cinematographic documentary able to deal with different and complex issues as deafness, emigration and homosexuality, and for the wealth of its images able to represent the scenario of political decomposition as narrative background.

The award goes to Deaf Women, told me to have been able to preserve the discrimination suffered by deaf girls into the Montreal Sister of Providence Deaf-Mute Institute, for its contribute to the historical documentary and to have demonstrated that deaf history needs scientific research documentaries.

The house across the street – Arthur Luhn

The award goes to Tree Fairy for his ability to talk about family including all its components – childhood, adolescence and maturity – offering a positive model for the inclusion of deaf children in hearing families and for crossing communication barriers.

The award goes to Caroline Parker for her ease and immediacy in offering emotions to the audience and for the unusual ability to propose her own acting style, original and of great quality.

The CRI Special Award goes to the italian documentary #Io Segno (anche più di Totti) , directed by Chiara Alberti e Giovanni Lupi, for their ablity to remind us that languages are a cultural heritage of inestimable value and that their coexistence enriches everyone and facilitates creativity, mutual understanding and solidariety.